Ken and I took a three day bike trip around Hancock/Wayne and Henry Counties.  The following story is from Ken: 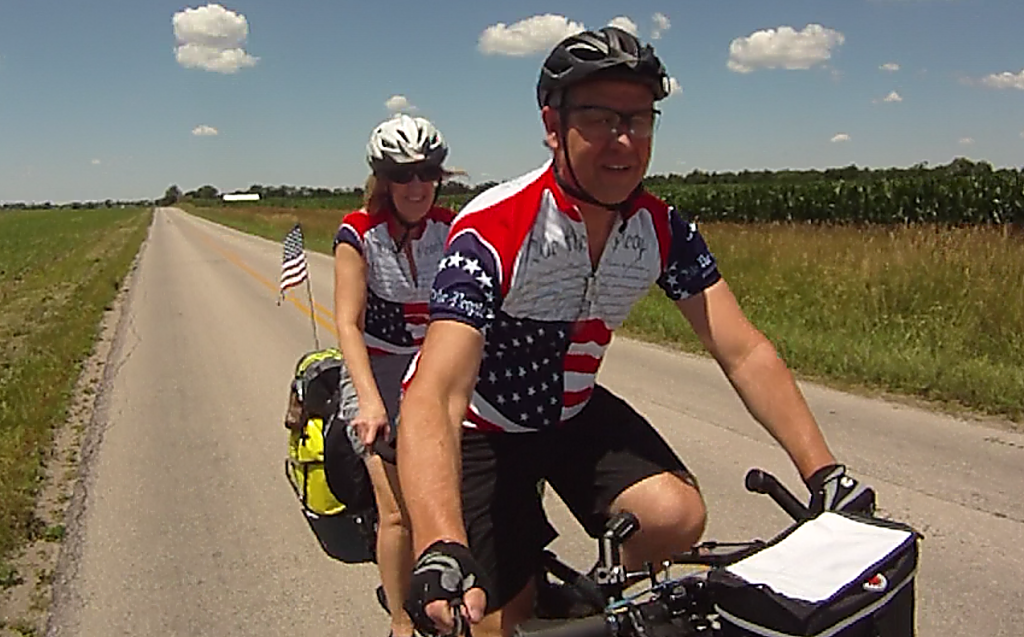 We had a good time on our 3 day bike trip. I had everything packed in the bike trailer, but couldnt close the top. So i took everthing out so i could pack differently, i got rid of a cooler too. Once i did that we had plenty of room – so we left. It wasnt till we arrived at the camp site that i realized i didnt pack the tent, NUTS! I’m in trouble.
Good thing was… we had just made friends with a 19 year old back hill country hick boy who was the mgr of the park. He said we could borrow his tent. UnNuts! Thats great.

The bad thing was… the zipper to the door was completely broken and we couldnt fix it. I guess that didn’t matter much because there were holes over all sides of the tent. That’s okay because there were no stakes to hold the tent down either! 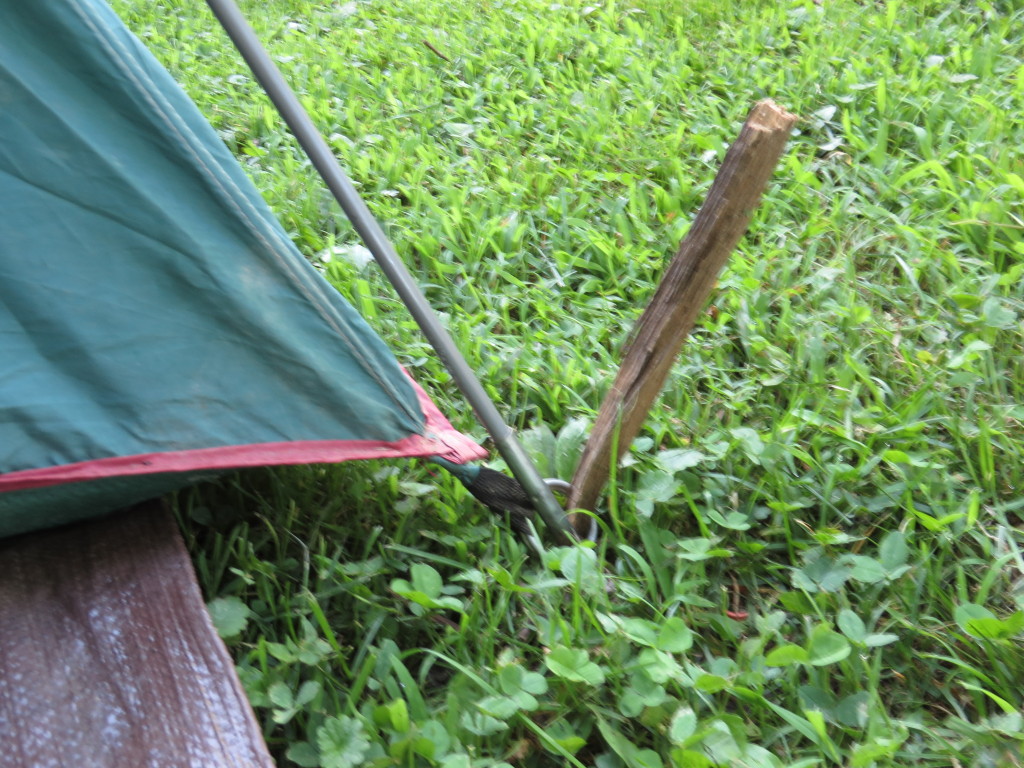 We had to make this work, so I made stakes out of sticks, covered the front door with a trash bag that we brought with us, and sprayed bug spray around all of the holes. Our tent was right by a bunch of trees and the lake on the otherside so there were lots of misquitos, but luckily not one of them came in the tent all night long. 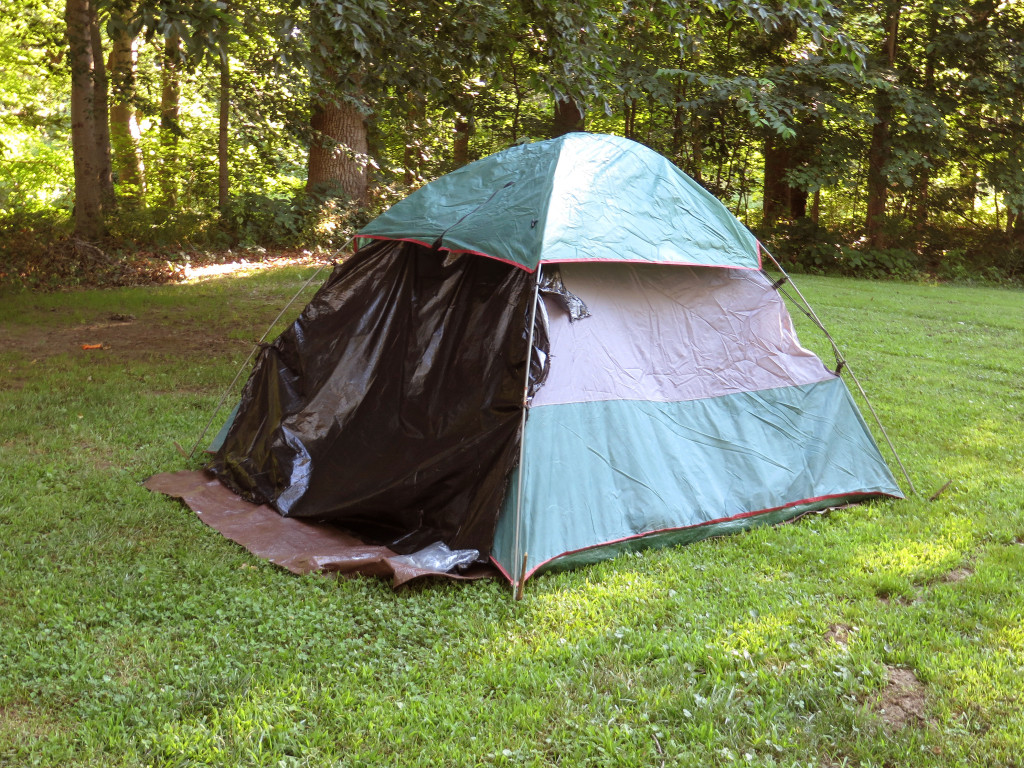 Except…Bug spray does not keep the raccoons away. Sometime after midnight while I was asleep on my back right next to the tent wall, I felt some scratching on my right shoulder. It was a raccoon! I know this because I could see it through the hole in the tent. All I did was thump the side of the tent and he ran away and didn’t come back. 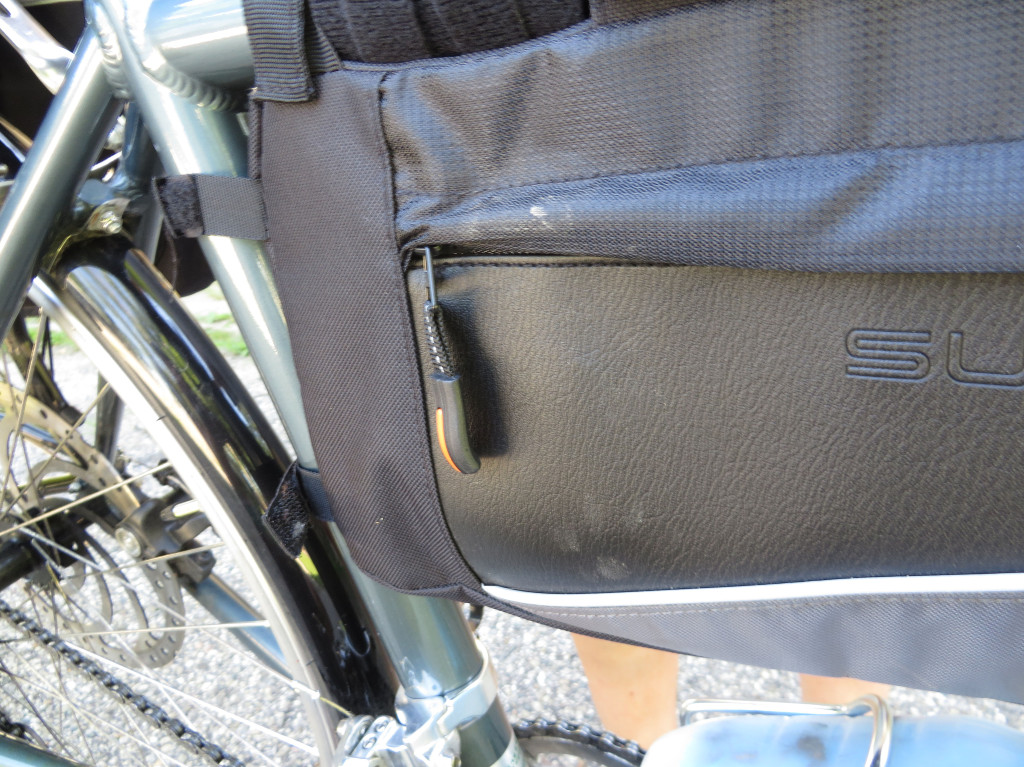 the next morning we saw raccoon prints all over the bags on our bicycle. 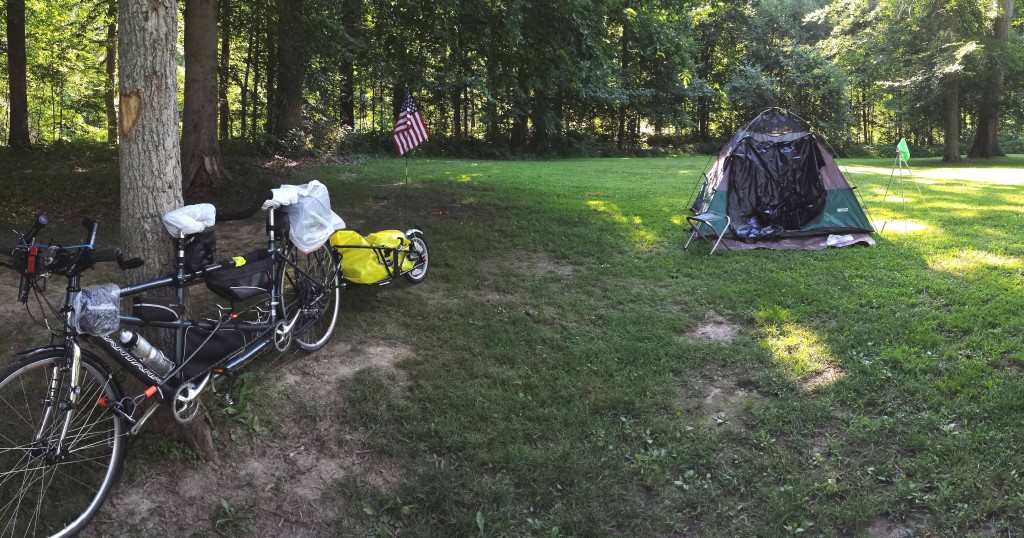 Everything was OK from there. We had a good time.

After a night of camping, we headed to Kelly’s father’s farm just west of Summit Lake. We didn’t see deer at (which we have seen before and hoped to see again) but we did see plenty of birds. We had lots of rain the first 10 miles coming back home and mechanical problems on our bicycle , but we made it home just fine. GREAT TRIP! 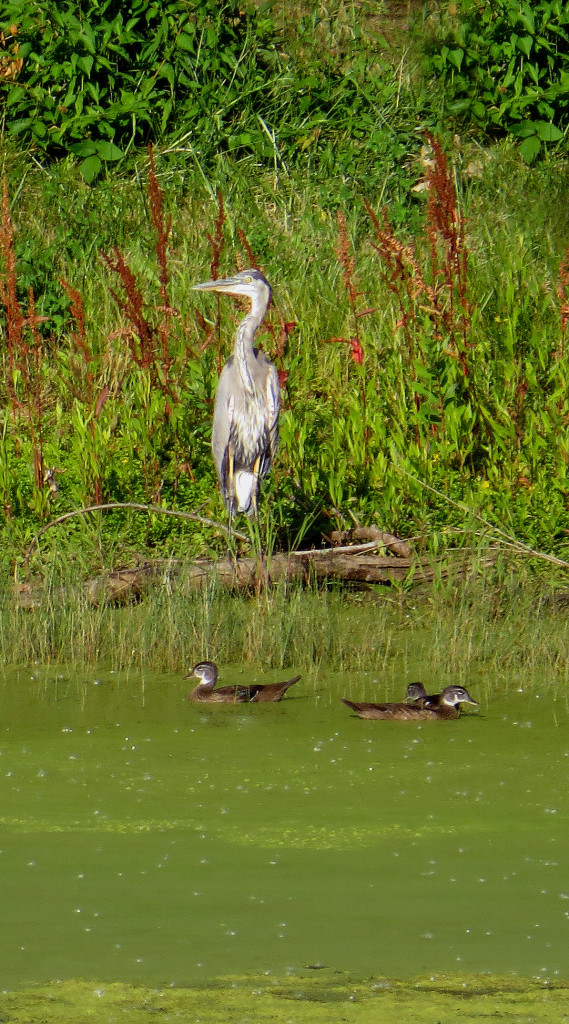